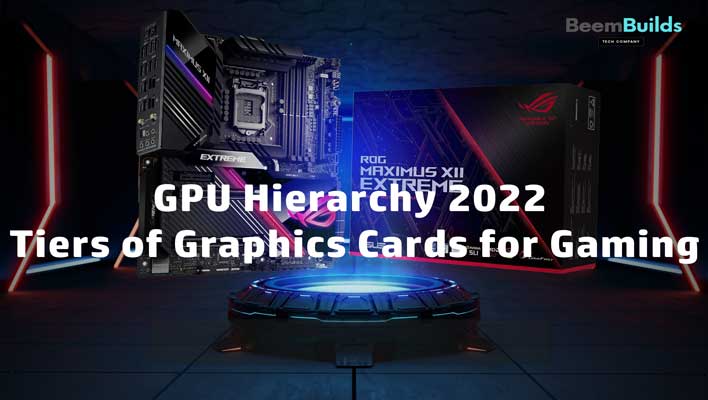 Explore the ultimate GPU hierarchy as we rank different GPUs based on performance, but also keep the cost in mind.

It can be difficult to create a GPU Benchmarks Hierarchy 2023, but it isn’t impossible. The best thing we can do when it comes to graphics cards is to sort them into different categories.

Gaming on PC offers a lot of variety, but it can also be a curse.

You can find the perfect hardware component for your needs and budget because there are so many choices available, but finding the right one can take some time and research.

So, we created a GPU ranking table to help you find the best graphics card based on gaming performance so you can narrow down your choices. check also Best GPU For Ryzen 5 2600 & 2600X

We will update this page as new GPUs become available, so please bookmark this page and check back often!

Based on their performance, we have divided the GPUs into different tiers below.

This is an approximate estimate based on AAA titles with high demands.

Since hardware requirements and optimization differ dramatically among games, it’s difficult to provide a comprehensive overview of GPU performance.

Therefore, the different tiers of GPUs are only intended to provide you with an overview of how they will perform. You should probably check out some benchmarks if you’re considering a particular GPU and are curious about its performance in a particular game.

First-tier GPUs are the most advanced and powerful GPUs available on the market right now. With the latest AAA game running in 4K, the latest GPUs can deliver a stable 60 FPS or more, and in 1440p, they are capable of hitting higher frame rates.

The card in this tier is aimed more at enthusiasts who wish to play 4K resolution games at least 60 frames per second, while the RTX 3090 offers 8K games (only with DLSS in certain games). 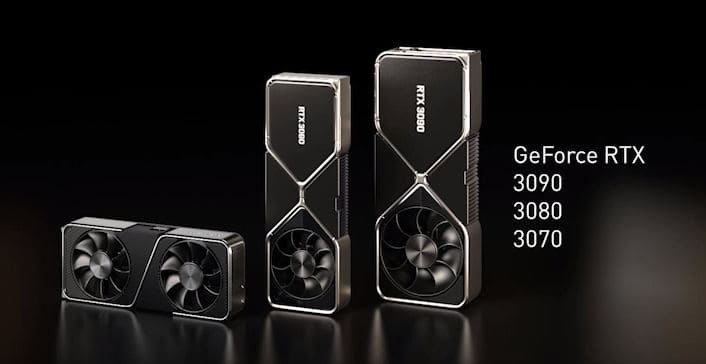 AMD’s RDNA 2 graphics cards shifted the balance of power in this tier slightly. The undisputed king of graphics cards has been NVIDIA for most of the last decade, but AMD appears to be making a comeback.

AMD challenged NVIDIA’s enthusiast-class card for the first time in years. Even its flagship GPUs faced competition, however, the flagships scored below the competition for first place.

Second tier GPUs provide solid performance in 4K, such as those capable of supporting the resolution. In general, though, they’re better suited to gaming in 1440p. We’ve found that the SPUs offer faster frame rates and more consistent performance at that resolution.

A card in this tier offers decent performance at an affordable price, though it is understandable that it is not as powerful as the cards in the tier above.

Although these cards can provide 60 FPS at 4K resolution, it is unlikely that this will be the case at Ultra settings. In order of importance, we have the RX 6800, followed by the RTX 3070 Ti and the RTX 3070.

Even though the RX 6800 has a slightly cheaper price, it is still a superior graphics card. In both cases, the RTX 2080 Ti outperforms the previous generation’s top card.

Even so, NVIDIA’s RTX 3060 Ti still outperforms the once-coveted RTX 2080 Ti, which makes sense given their respective market places.

There is a gradual increase in performance gaps after this point, but they are still noticeable. This is the RTX 2080 Super, which is just a little bit better than the RTX 2070 Super and its base model. With NVIDIA’s Pascal architecture, we have the Titan Xp as the top model, as well as the GTX 1080 Ti and Titan X. 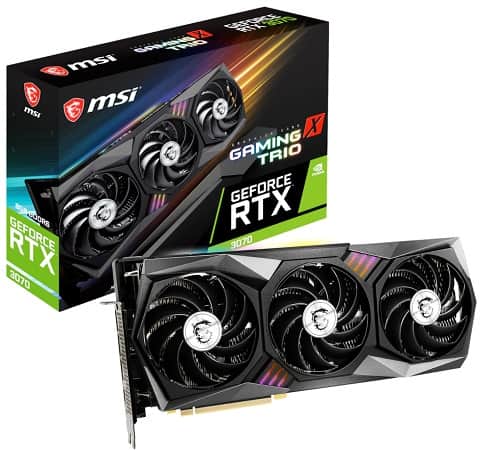 Additionally, AMD has its RX 5700 XT and Radeon VII cards that can compete here as well.

It is because of its RDNA architecture that we ranked the RX 5700 XT higher than the Radeon VII, although the Radeon VII certainly does present a strong case with its 16 GB of HBM2 memory.

It wouldn’t be fair to leave out the RTX 2070 since those two AMD cards occupy places here.

You may also love to read: Best Graphics Cards for VR

Despite its capability to handle 4K, third-tier GPUs struggle to sustain playable frame rates at such a high resolution in more demanding games. Because of this, 1440p is a better option. Certain games can achieve frame rates of triple digits fairly easily in 1080p.

The letter B does not stand for ‘bad’ or ‘budget’. You will get good performance from these cards even if you go for a budget-friendly build. The fact that we will see real-time raytracing cards in this tier is also important to factor in.

AMD’s RX 5700 is the best GPU in this price category due to its excellent value and economical nature. The RX Vega 64 is present right next to it, as is the RX 5600 XT. 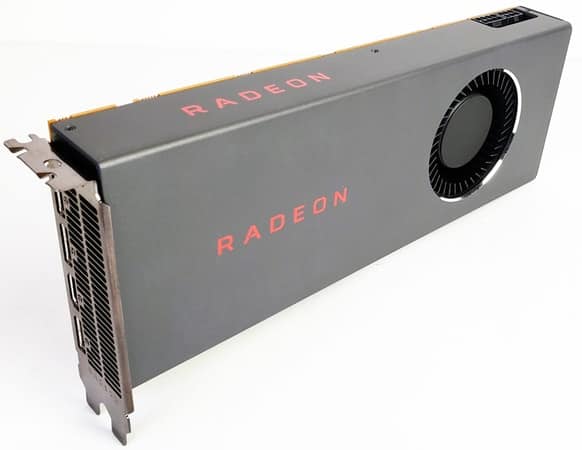 You may also love to read: Best GTX 970 Graphics Cards

There are weaker GPUs in the fourth tier, which can barely maintain playable frame rates in 1440p. Therefore, they’re a better choice for 1080p gaming, as they can maintain a consistent frame rate in that resolution more easily.

The price of these cards is half that of the RTX 2080 Ti, but that does not mean you cannot game with them. 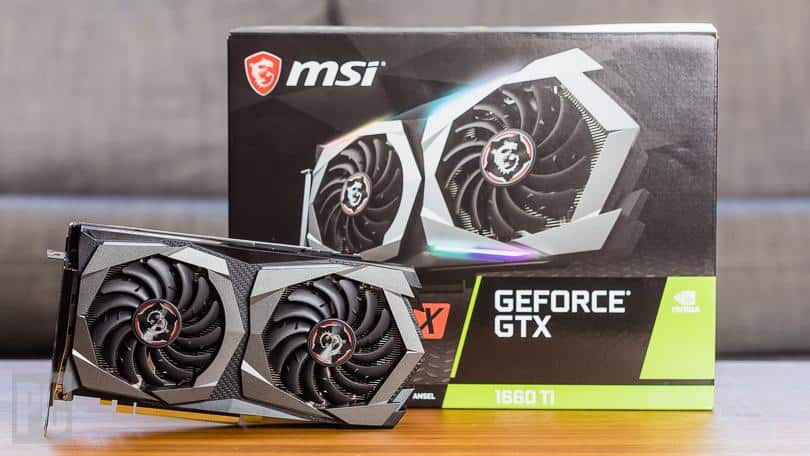 Also in this tier are the weakest GPUs on the market today. GPUs like these can only manage 60 frames per second at 1080p and are in general insufficient to run games at 1440p in general.

This tier includes budget cards for a reason. Even so, these GPUs can deliver good performance. You can still make an informed, individual decision, even if you’re on a tight budget. 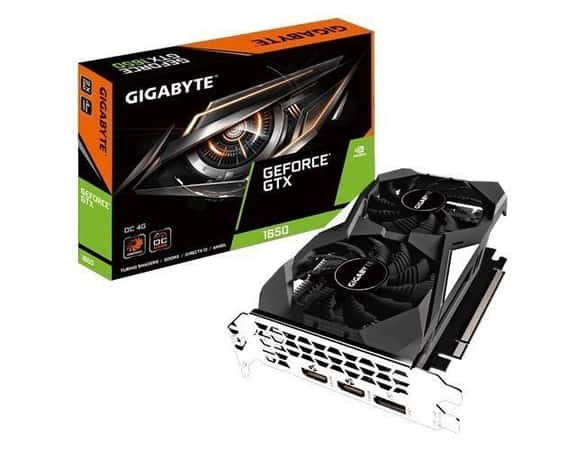 Here, as opposed to the other tiers, the top pick does not have a strong case for being in the higher tier. D-tier graphics cards are topped by GTX 1650, followed by GTX 1060 3GB. Currently, the GTX 1050 Ti and GTX 1050 are the only members of this tier due to previously imposed restrictions.

Having separate graphics card hierarchy tiers only gives you a general idea of how it will perform. Therefore, if you’re aiming to take more accurate performance measurements, be sure to look for some GPU benchmarks.

A GPU should also be chosen based on the type of games you will play. If you intend to play Fortnite or CS:GO, for example, even the weakest GPUs are adequate.

You may also love to read: Best Graphics Cards for Skyrim

Nvidia dominates the graphics card market, with its RTX 2080ti at the top of the list. You should wait for RTX 3000 series cards since they will be available in September. The other two, 3070 and 3090, will be available soon as well.

Does AMD GPU have the same performance as GTX 1080?

Currently, the RTX 2080ti GPU is one of the best graphics cards available. The RTX 3000 series isn’t too far away from wiping out the 2080ti’s greatness at a price that is much less.