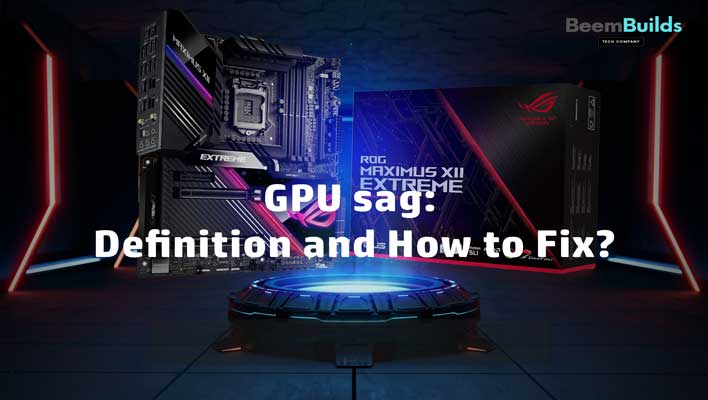 GPU sag is a problem for you? Is GPU sag even something you should concern yourself with? And if so, how do you fix it? Here are some tips.

Finally, you’ve been able to acquire an RTX 3080, one of the best GPUs currently available. Additionally, it is relatively quiet when working.

In comparison to mid-range or low-end GPUs, this graphics card is much larger and heavier when it comes out of the box. A heavier weight usually indicates a higher quality product, right?

GPU sag is often caused by additional weight, but it can also be caused by sluggish hardware. Gamers and enthusiasts refer to GPU sag as “GPU sag”.

You may also love to read: How to undervolt a GPU

This problem may be unfamiliar to you, so let’s explain what it means, whether it’s a legitimate issue, and how it can be fixed.

What Is GPU Sag? 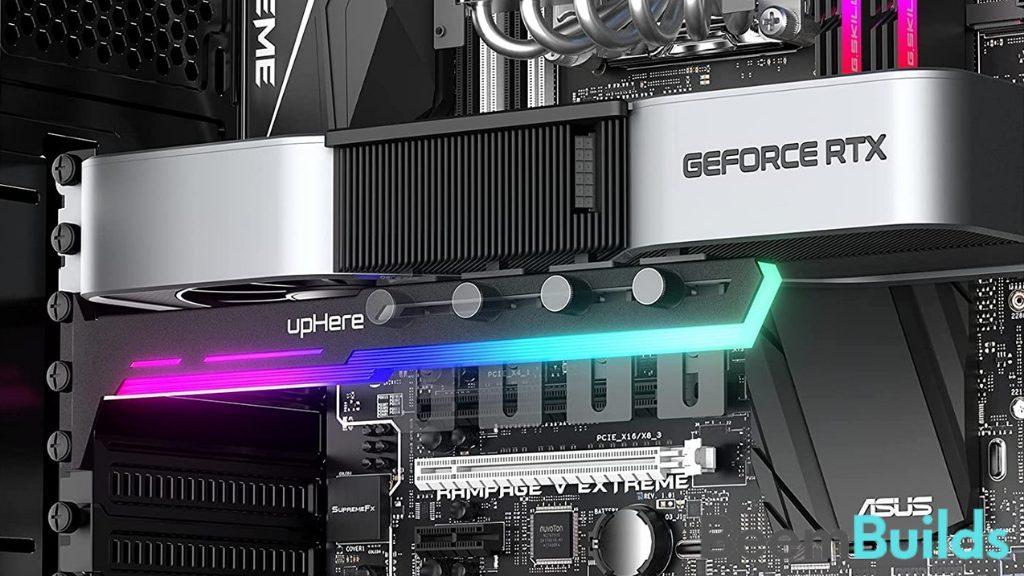 We should first discuss exactly what the problem is before we discuss how it can be resolved.

GPU sagging is sagging caused by the weight of the card, a term used by many enthusiasts. Graphics cards are usually held at only two points inside a PC case, so this is how they are usually held. In addition to the PCIe lane, there is another point at the back of the case at which the card is held with one or two screws.

A middle-range GPU can be supported by these two points alone. Nevertheless, if you install a high-end card weighing over 1500g, you might experience sagging.

A GPU sag is now completely clear to you. Does it need to be fixed? What are the consequences?

This question can be answered in the shortest time with a simple ‘no’. Card sagging isn’t always a bad thing because PCIe lanes and GPUs are typically pretty durable components. The cards are made from flexible PCBs, which makes them nearly impossible to break.

Nevertheless, it is possible for the sag to cause further damage in a few extreme cases (pun intended).

How To Fix GPU Sag 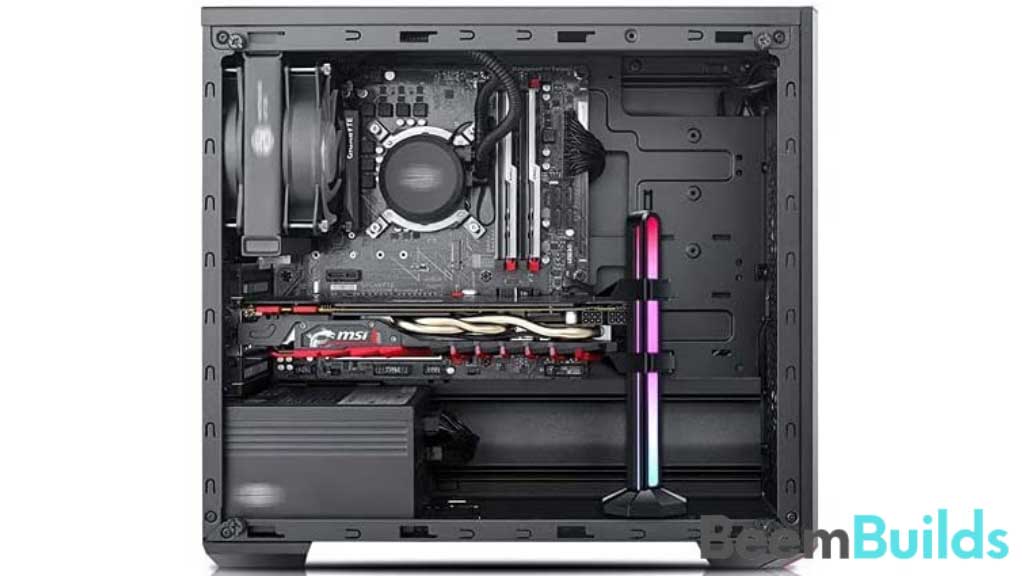 GPU sag can be eliminated entirely with a variety of methods. It is completely up to you which method to use based on the resources you have available and your cosmetic concerns.

Using The PCIe Cables To Hold The Card

Resolving this issue can be accomplished by utilizing your existing resources. This is specifically why cables are connected to the GPU from the power supply.

For a cleaner computer look, these cables are often routed from the bottom.

Should you be concerned about sagging, you should run the cables from above the card. A temporary solution like this can relieve some of the pressure, but it won’t last.

As the cables’ tension deteriorates, the GPU will become saggy, returning to its original state. The GPU will also look less attractive.

Consider the other alternatives below, if you can, to avoid this.

Any item can be used to prop it up

GPU sags are most likely solved by this method. Using this solution is an easy, quick, and permanent solution that won’t cost a penny.

Almost any item you have around the house can be used as a stand for your GPU. Almost anything will do as long as it’s tall enough to hold the GPU straight.

Toys and figures based on popular characters are preferred by many people. The result is that it is more than just a solution; it can also add a little charm to your setup.

If you want a more “professional” solution, a GPU support bracket would be ideal.

In a support bracket, an extended piece of metal, plastic, or any other material is installed just below the GPU to withstand sagging and provide support.

The bracket can be fully customized and even fitted with RGB lighting from some brands.

As of now, you should have chosen one of the solutions we discussed above.

However, if none of these ideas appeal to you or if you do not want to spend money on a bracket or other gadget, you could mount your GPU vertically.

Please note that this will only be possible if your case permits it. Our recommendation is to check the manufacturer’s website to find out if a vertical mount is possible for your case. Manufacturers should have this information on their websites.

PCIe risers are less than $15, so you can mount vertically without a PCIe riser.

There appears to be a lot of concern over GPU sag, which is probably why so many fixes are available. You can also use a wire tied to the top of your case to hold the graphics card straight, in addition to what we mentioned.

However, the question remains: Is GPU sag so bad that intervention is necessary? Do you need to buy a support bracket at the nearest PC store right now? Not at all. There is no need to buy one right now.