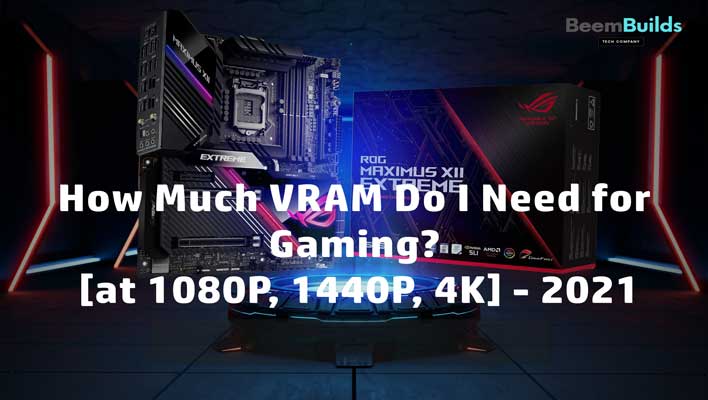 Graphics cards for your gaming PC can be tricky little things to choose. You should know about the latest gaming technologies and demands if you don’t.

With GPUs, one of the biggest questions we hear here is: How Much VRAM Do I Need for Gaming? You won’t find a definitive answer as to how much-dedicated memory you need – it’s a lot more complicated than that and depends on a lot of different factors. Also check Best RAM for Ryzen 7 5800X

Thus, in the following article, we’re going to look more closely at VRAM and explain it. This article provides a few tips about the cheat system and How Much VRAM Do I Need. I’m going to simplify the technology behind VRAM to empower you to make a more informed decision about your next GPU purchase.

So without further ado, let’s get started! 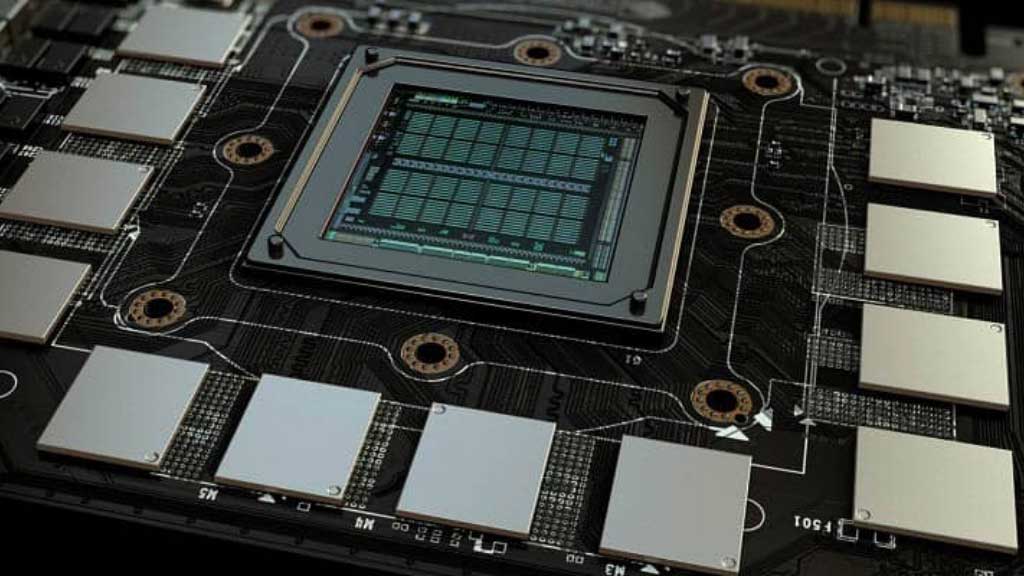 Similar to how RAM in your PC facilitates quick access to the important data, RAM in your CPU works in the same way. Processes must be carried out, and VRAM is no different. Moreover, the data needed to carry out graphics-related tasks can be accessed by your GPU efficiently.

Having VRAM on your graphics card makes it easier for the GPU to access the data it holds.  You can access the same data using your SSD/HDD instead of the system’s memory.

RAM and VRAM differ in what ways?

In your computer, system memory, or RAM, is a form of temporary storage. Your CPU (processor) will be able to access data quickly when it is needed for processing your workloads. RAM modules for the system can easily be changed or upgraded.

A graphics card’s VRAM is fast RAM that is exclusively used to render scenes and drive displays.

VRAM is soldered to the GPU’s PCB, so it cannot be upgraded or swapped. Soldering VRAM onto the GPU serves what purpose? Isn’t it possible to create a GPU VRAM Socket that allows RAM Modules to be swapped like RAM on a motherboard?

Its RAM is much faster than System RAM. However, GPU Cores do not possess CPU caching units (L1, L2, and L3). The GPU must meet these requirements in order for it to be as fast as possible and to maintain signal integrity, the VRAM needs to be soldered to the GPU.

On most modern graphics cards, VRAM is either GDDR or HBM. With GDDR and HBM, manufacturers have been able to add more cores to graphics cards over time as each new generation of each enables the addition of faster processing nodes, increasing memory bandwidth, and improving transistor count.

As nodes get smaller, more transistors can be added to VRAM while keeping its size the same. With lower power consumption and larger RAM, VRAM capacity increases.

Its similarity to DDR System memory made it easier for manufacturers to manufacture, making it a cheaper and more popular VRAM choice for graphics cards.

A total of six major and two minor revisions were made to GDDR, which significantly improved transfer rates (the amount of data transferred or received each second) from the fifth generation onward, with GDDR6 coming in at double that rate.

A GPU that has a lot of VRAM will be able to handle more graphics-related data. It can then send frames more rapidly to your monitor when it has quick access to your RAM.

Depending on what you do with your computer, your system might need more or less RAM. Several main factors determine the amount of RAM you need:

VRAM’s Resolution Impact: How to track it? 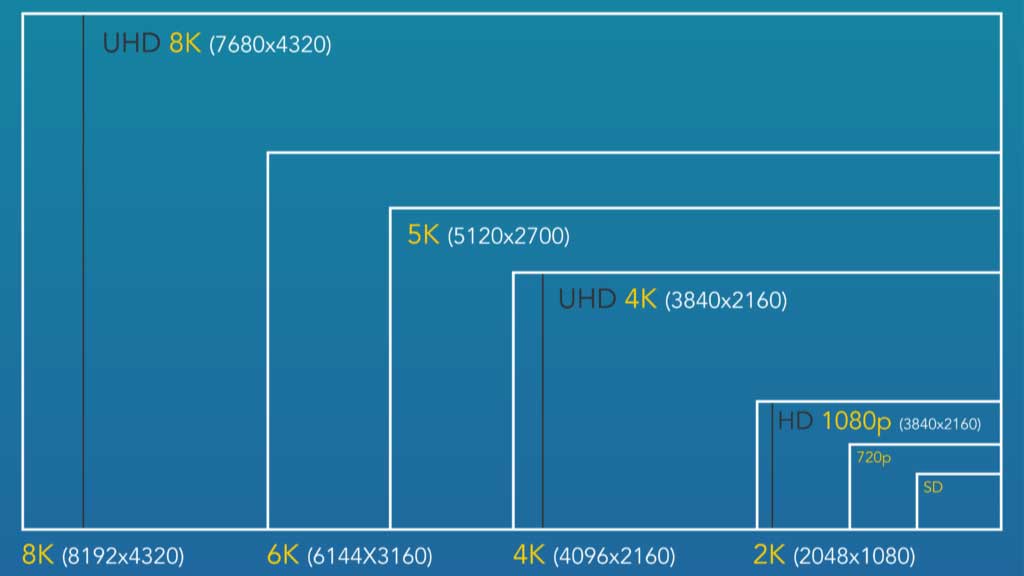 How Will Your Games Affect Your VRAM?

Better graphics, in other words, simply means more data. In a game that includes more graphics, a single frame represents this. In a less demanding game, a frame will not contain as much data to process.

Consequently, games like Minecraft lack detail. Even at high resolutions, it won’t use much VRAM compared to other games such as Shadow of War.

How Does Your Game’s Settings Affect VRAM?

In light of the above, we can conclude that a game’s overall graphics quality will determine its VRAM usage. Consequently, the settings used in your game will determine how much VRAM will be used by your GPU when rendering frames.

If you run your game at a high setting, each frame will require more data to render, and, consequently, more VRAM.

This holds true as well for the reverse. Reduce the graphics settings in your game to reduce the amount of VRAM it uses. Players with older systems must implement this solution in order to play newer games.

How Much VRAM Do I Need for Gaming? Overview of each use case? 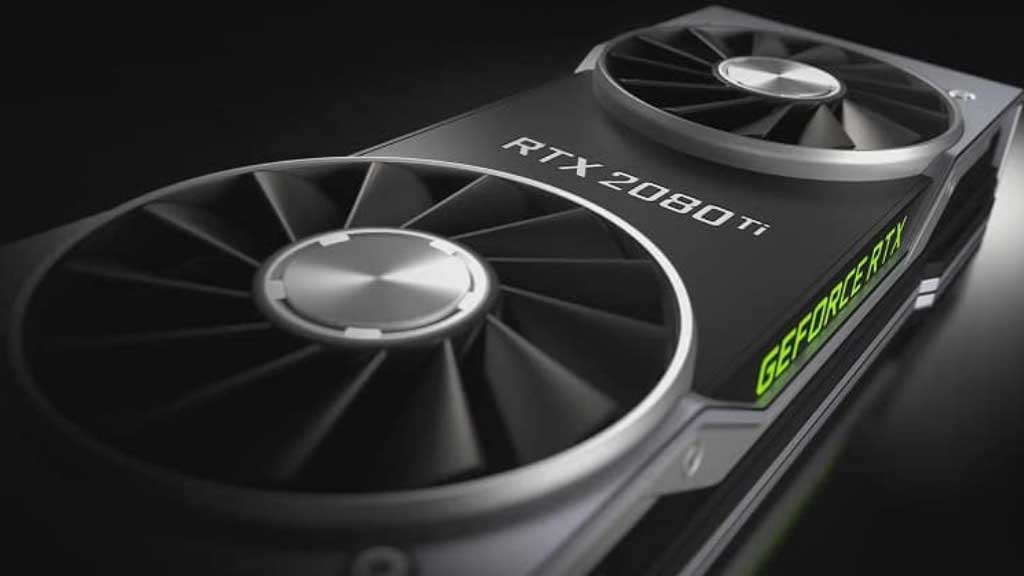 We now know that the resolution of your monitor, the games you play, and the settings you use will all contribute to how much RAM you will need to play games at a reasonable frame rate.

Here’s a general breakdown of VRAM requirements based on the respective monitor resolutions:

An overview of the topic can be found here. In addition, the games you play and the settings you use affect the performance.

You can, for example, run certain games at 1080P without exceeding 2GB of VRAM, such as TF2, League of Legends, Dota 2, Minecraft, etc. Games with high demands (such as Middle Earth: Shadow of War, PUBG, Quantum Break, etc.) will probably exceed your GPU’s 4GB of memory.

As your screen gets larger, you’ll need more VRAM to play your favorite games at higher settings with acceptable frame rates.

As the rendering performance increases, the 3D scene data can fit into the VRAM without having to be offloaded to the system memory.

VRAM will not have much impact on performance after this. Increased GPU processing power and some software optimizations that utilize free VRAM, such as Ray Trees and Caches, will lead to enhanced performance.

When a graphics card’s VRAM runs out, data is offloaded to the processor’s memory (RAM). There is almost always a loss of performance, stuttering, or even a crash.

Since VRAM is soldered directly to the GPU’s PCB (Printed Circuit Board), increasing your VRAM is impossible. It may still be possible to pool your GPUs’ memory, however, if your software supports features like Nvidia’s NVLink.

For this resolution, you’ll need a good amount of VRAM. When you enable AA in Far Cry 4, it takes up a staggering 5.7GB of memory. When antialiasing is turned off, the graphical memory usage drops to 3.7GB. The game uses the majority of the VRAM when played at 4K resolution. The Witcher 3 will consume 3.2GB of VRAM if AA is enabled, and a slightly lesser amount if AA is disabled. When antialiasing is enabled, Battlefield 4 runs at 3GB of memory and 2.3GB without it. There is also a huge demand for graphic memory in other games. For 4K gaming, you should select a graphics card that has 8GB of RAM.

A limited number of titles are available at this resolution. However, those that work with 8K require lots of VRAM, whether anti-aliasing is enabled or disabled. When anti-aliasing is enabled, Battlefield 4 uses seven gigabytes of VRAM; it is slightly less than five GB if AA is disabled. A video card with more than 8GB of memory will crash if you disable AA in Middle-earth: Shadow of Mordor. In case you have games that render at this high resolution, you will need a large VRAM, like 12GB.

Now you know what VRAM is, and How Much VRAM Do You Need For Gaming scenarios. Hopefully, this guide has shed some light on a subject matter that can be a bit confusing to some less technical readers.

Finally, it’s very difficult to determine actual VRAM requirements for gaming. All depends on the games you play. As a result, we can estimate how much RAM you’ll need by looking at generic settings and resolutions.

You can certainly use this chart as a rough guide for your next GPU purchase – just make sure you consider what games you plan on playing and how demanding they are.

If you have any questions about VRAM, please leave them in the comments below. You can also join our community hub to discuss everything graphics-related.